We often need to convert MB to GB while searching for available memory space in our mobile or PC.  Sometime we need to calculate the usage of internet data in our mobile. Service provider calculate data charges in ‘per KB’ rate whereas due to higher usage data is recorded in MB or GB so we need to convert from GB to KB or MB to KB to find the exact bill. What factor they use to convert MB to GB or convert MB to KB ?? Data storage devices such as pen drives & memory cards are sold in 8GB, 16GB, 32GB etc denominations but the actual storage space found in those devices are less, what is the reason?? Also, Microsoft operating system shows different free space available than what leveled in the hard drives.

There are some ambiguity due to which we want to understand what is the exact formula to convert MB to GB or how many MB are in GB. If you also have these confusions then you are at right place. Here I will not only describe about the computer memory unit conversion but also clarify doubts about storage memory of various devices from case to case. After your reading you can use our online MB to GB converter to do direct calculation and use the unit conversion table given at the end to convert various units of computer memory.

Smallest unit of computer memory is a Bit. Bit is either ‘1’ or ‘0’, also called as ON or OFF.

Next comes Byte, one Byte equals to 8 Bit. It is a combination of Eight ‘0’ or ‘1’. A Byte represent a character such as ‘a’. A group of words or paragraphs increases size in Byte.

Other higher units is described by adding decimal prefix to Byte i.e ‘Kilo’ which means 1000, ‘Mega’ which means

Now the answer to our title question ‘How to convert mb to gb’ is – We need to  divided Megabytes by 1000 to get Gigabyte.

. Therefore IEC has given different names  for units of computer memory in binary system, these are as follows.

Now why there is a difference in units names and available memory space?? This is because the ‘Kilo’, ‘Mega’, ‘Giga’ are everywhere used as decimal prefix in SI units. The US National Institute of Standards and Technology (NIST) also recommended to use these prefixes in decimal sense only. Whereas the International Electrotechnical Commission (IEC) in 1998 clearly stated to use storage memory in power of 1024 and also given binary prefix like ‘Kibi’, ‘Mebi’ and ‘Gibi’ for units of storage memory.

One KiloBytes has 1000 Bytes therefore it has

Bytes therefore it has

How many MB in a GB?

Simple answer to this question is 1000 MB, as I described above about conversion of units of computer storage. But this may not be a question of simple unit conversion. If it is asking about the available memory space in one GB device then it will have different answer. From Megabyte to Mebibyte conversion factor, 1000 MB is equals to 953.6 MiB. Therefore one GB has 953.6 MB of memory space. 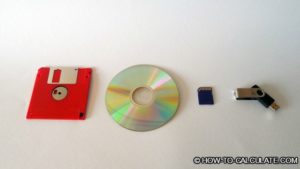 There is a difference of 5% in available memory for each MB device, and around 7 % for each GB device.

Convert MB to GB and GiB

You can use this online converter of computer memory for any purpose, either to simple convert one unit to other i.e convert MB to GB and vice versa or  calculate the available memory space for each MB and GB. Memory space are denoted by ‘Mebi’ and ‘Gibi’.

Internet data usage is based on binary system i.e powers of 1024. The service provider calculate data usage in KB, because their cost are based in per KB usage. If you have used suppose 10 MB data then they convert MB to KB to calculate the cost of data usage. Here ‘Mega’ and ‘Kilo’ represent the binary prefix. As described earlier 1MB equals to 1024 KB therefore total cost is calculated as 1024 multiplied by rate of data charges.

Bytes vs other units of computer memory 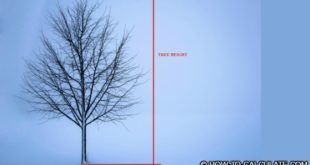 How to Measure Height of Tree

How to convert square meters to square feet

How to convert meters to feet

How to calculate area of Quadrilaterals

Quadrilaterals are polygon of four sides and vertices. These can be of different shapes. How ...

How to calculate area of a Triangle

Area of  a Triangle can be calculated by various methods depending upon the available data ...